We married on my 18th birthday.  I didn’t even have a driver’s license.  I’d known him for one year and he’s the only guy I ever went out with more than once or twice.  He was all of eight months older.

My parents were not thrilled about the wedding plans. There were threats that they wouldn’t come; I was their Catholic daughter marrying a Baptist boy in a Baptist church. I was too young and way too naïve. I was rocking their expectations, to say the least.

Our wedding was on a Friday night; there was a small reception at the church. A few of the ladies served cake, punch, nuts and mints.  I thought it was fabulous.  It wasn’t until a few years later that I realized just how plain and simple it really was, but I was in a beautiful dress that I had sewn with my own hands. I was ready to be a wife, HIS wife.

It’s interesting the things that you remember from such a significant life event. The pastor’s wife positioned my veil as my mom frantically hemmed dresses in the Sunday school room where the bridesmaids were getting ready for the ceremony. I was really glad my mother was there.

My brother Steve slipped his arm around me as I stood in the foyer and peeked through the back door into the sanctuary. In all of the hustle and bustle I remember him saying that I was beautiful. He waited with me for my dad to come and walk me down the aisle.

I didn’t hear angels sing as we exchanged our traditional vows, but a guy I went to school with named Angel sang the love theme from Romeo and Juliet. What can I say? It was the 70’s! 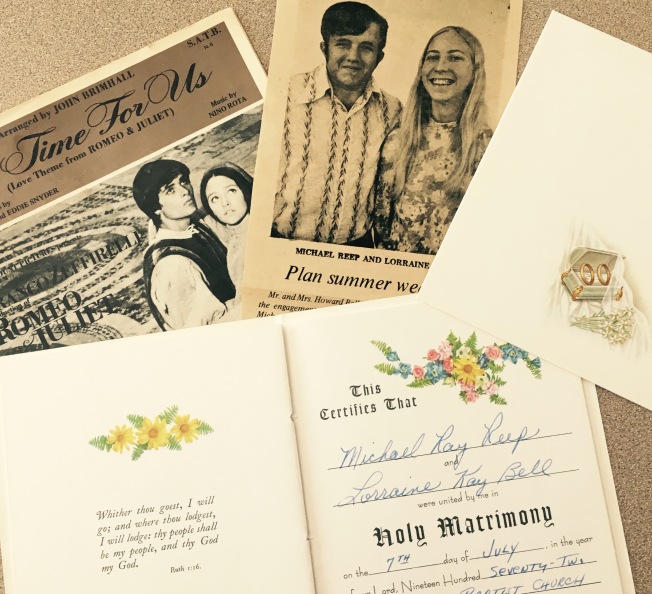 When it was over, we climbed into our ‘68 Impala and drove to a car wash. Well-meaning friends and family had written all over the car with shoe polish (again, the 70’s)). There was a peace sign on the top of that car until the day we traded it. Make love, not war, people.

We drove to our little home and closed the door on the world for a week. I was completely content.

Our first home was slightly larger than the tiny houses that have recently become popular. We had purchased a 600 square foot mobile home at a price of $3,995; it came fully furnished. The sofa was so lightweight I could powerlift it over my ninety-eight pound frame. 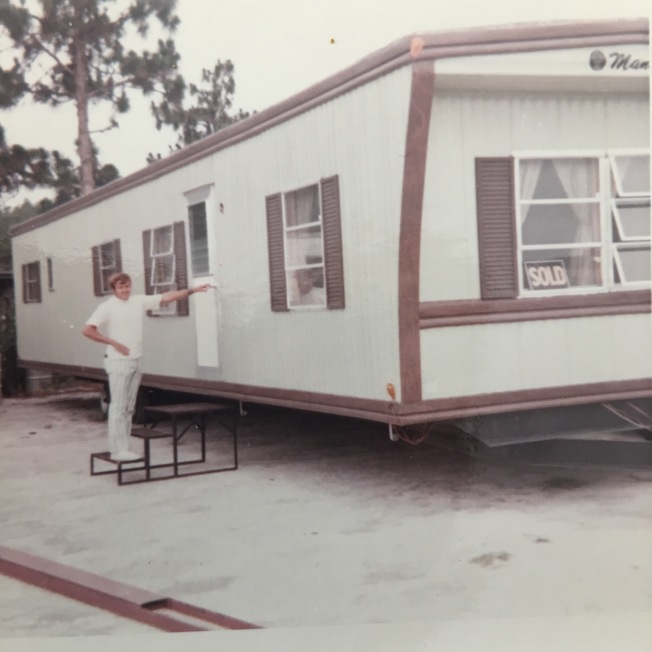 I felt like the queen of a castle. It was hardly majestic but it was our home. We were happy to start life together there. It was exactly what we wanted.

Over the next few years, we made a lot of decisions that we would later regret, but we have never regretted our choice to have our first child. We waited only six months to get pregnant – we were still getting to know each other, but we loved our growing family.

That simple ceremony was forty-four years ago. I suppose the odds were against us making it. We were too young, too poor, undereducated and naïve.

We started our marriage with less than one hundred dollars in cash, a fully mortgaged mobile home that began depreciating the day we signed the papers, and a car payment. Neither of us had a great job. It would be seven years before he earned an associate’s degree; thirty years to his bachelors. I never got around to college.

But we did make it and I’m convinced it is because of what we did have, mostly a legacy from our families, dysfunctional and imperfect as they were:

Everyone’s love story is different. I’m not advocating marrying right out of high school, skipping college or making babies in the first year of marriage. I guess what I’m really saying is that if two crazy, naïve and clueless kids could do it, maybe you can.

My simple prayer is that our story will encourage you to walk in his mercy, every new day and extend grace, first at home.

The steadfast love of the Lord never ceases; his mercies never come to an end; they are new every morning; great is your faithfulness. ~ Lamentations 3:22-23 ESV

By his grace alone,

If you enjoyed this, check out another post on our crazy love. 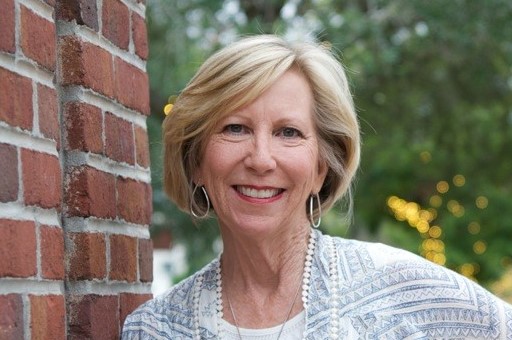